So, why didn’t anyone tell me SeaWorld was so… lit? Living in Jacksonville we are about 2 hours away from Orlando. This means we can easily hit I95 / I4 early morning, hang out the entire day, and make it home later in the night. Turns out, it’s the perfect spot for a family day trip. Dating my kids is really thing in my life, obviously.

I had not been to SeaWorld in over fifteen years. My 20 year old son was talking to a girl who promised free tickets to SeaWorld Orlando. He asked if I wanted to go and utilize them. Uh, heck yeah. A free ticket, why not. Otherwise SeaWorld was not on my radar whatsoever.

Needless to say she flaked on giving him the tickets as we were making our 2 hour trek to Orlando from Jacksonville. (Gotta love young love lol) We already had it set that this mini day trip was happening.

His best-friend who is a pleasantly frugal scored us tickets on Groupon for 94.00 piece. We needed 4 tickets, which came up to a grand total of 391.00 with fees and taxes. You really couldn’t beat it compared to the close to 120.00 a piece when purchasing directly from SeaWorld’s website.

Entry was a breeze, no long lines, no confusion. We simply pulled out our Groupon ticket that was on our phone, scanned it, and we were in the gate in seconds. I had previously bought a ticket for my aunt and getting in was too a breeze with the ticket that was provided via email. OH! No reservations were required for the day intended.

I will admit I’m a little impatient when it comes to theme parks so I always get the quick, skip, fast pass, option. In the case of SeaWorld Orlando they use Quick Queue. I’ll be honest and say it wasn’t highly necessary because the longest wait time for any attraction was 60 minutes. Again, I don’t like waiting. The quick Queue tickets for the day were 80.00 a piece. Worth it for my sanity.

Surprisingly SeaWorld has rides, big rides. They now offer four coasters and 2 major water coasters. They were all awesome. The Manta and Mako were extremely impressive. If you’re a thrill seeker they will wet your whistle. The two young men in my party were highly satisfied, especially having the unlimited Quick Queue passes. They got on a few multiple times.

We had a nice flow going, our group consisted of 4 adults and a toddler. My aunt is older and didn’t prefer coasters so this worked when the 3 coaster riders wanted to roll. With the Quick Queue we were able to tackle coasters without having the chaperone wait for ages.

The Infinity Falls white water raft style ride was perfect for the entire group 42 inches and taller, we all got soaked in the process but it was highly enjoyable for us all.

Between rides, they offer animal attractions such as beautiful walk through aquariums such as the Manta and Jewel of The Sea, perfect for a hot day because they are indoor and the air conditioning was pumping.

Other exhibits to note Shark Encounter, Antarctica: Empire of the Penguin (beware this is ice cold and fishy lol), and caught the Sea Lion and Otter Spotlight. My daughter became a little irritated with the Sea Lion show so we made an exit after about 15 minutes in lol. She was sick’ud. (sick of it)

It should be noted the are good about having shows scheduled every 2 hours or so. This way you can focus on enjoying the park and plan your attractions accordingly if this is a desire of the day.

Once we got our major thrills out of the way I made my way to the kiddie section of the park. I told the boys to go ahead and do what they wanted. It was time to give my daughter Phoenix, who was 4 at the time some attention. I didn’t expect the guys to sit through that torture. My aunt stayed with us to chill out as well. The entire SeaWorld park is large but small enough to split up groups and not feel like something bad is going to happen. I hope that makes sense.

Sesame Street Land was a gem! They have something for the little ones at all capacities. We personally rode the Sunny Day carousel, Super Grover’s Boxcar roller coster, and Slimey’s Slider. They had “Meet Elmo and Friend’s” wide open with a rotation of characters to shoot your shot with. While in line Grover and Cookie monster were there. However, by the time it was our turn Elmo and Abbey made a grand entrance. Believe me, they kept things flowing graciously.

My favorite part about Sesame Street Land? The Parade! This fifteen minute spectacle was a true treat. All the characters were on board and the actors/dancers were happy and on point. Phoenix and I had front row access street side.

We visited during the Seven Seas Food Festival. So during our journey though the park there was spotlight on different food and drinks from around the globe. I didn’t not get a chance to dig deep into what that was all about but from my understanding this is going on until May 8, 2022.

Aside from that, Boys II Men were scheduled to perform the evening we were there. The concert was included with admission. I mean come on! SeaWorld Orlando is giving the people a bang for their buck! For clarification we did not stay because by the 7:00pm showtime we were worn out from our day and making our way to the park. Don’t feel bad for us, we had just saw them in Jax 3 days prior.

Overall SeaWorld Orlando was a hit. We arrived about 12:30pm and were leaving around 7:00. We all felt fulfilled and truly did everything we wanted to do. I can honestly say I would return there sooner than later. I have seen the light and SeaWorld is alright with me. Is SeaWorld Orlando worth it? Yes, yes it is.

Have visited SeaWorld recently? What was your experience? 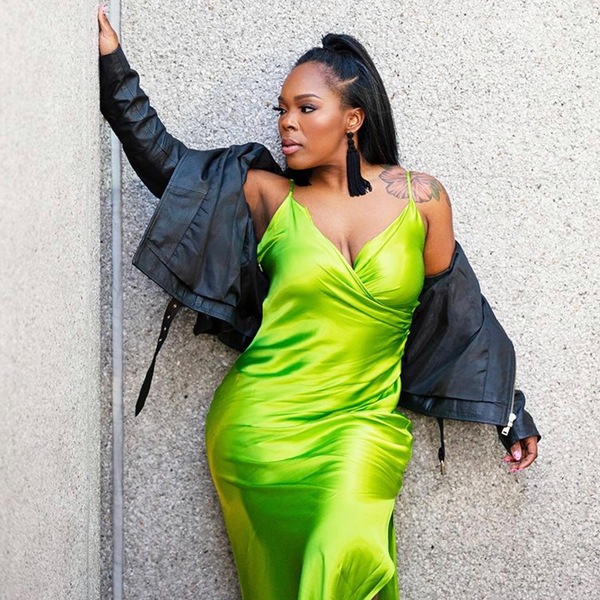 A Detroit bred, Florida refined entrepreneur who is enthusiastic about food, travel, life experiences, and fashion.